It couldn't get any worse.

I took Buster for his walk this morning as I do every morning, this morning we found a good park dog walker’s seem to use, it was called Brabyns Park. It is sign posted between locks 1 and 2 on the Marple flight. 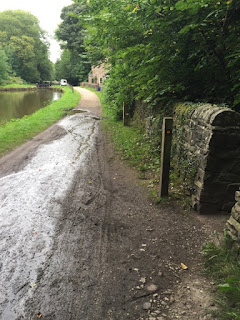 Buster had a good run and met some doggie friends, it helped to tire him out for at least an hour.

We set off for the flight of sixteen at 09:20 and the first few locks were going well. 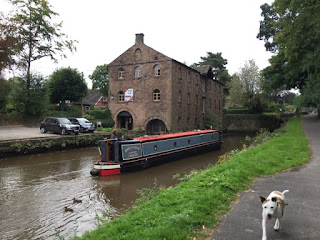 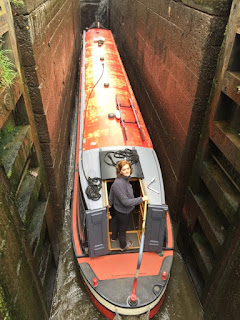 Then after lock 3 I think it was 3, the pound was low and we couldn't exit the lock, no problem I’ll let some water in from the lock above, great. The next two pounds were even worse. I had to go to the last lock of 16 and bring two locks full's of water with me, ‘The buckets where huge’ another boat had joined Corinne from behind as I was working my way back down, the help was appreciated but I was shattered by then, it had almost taken an hour and poor Corinne was stuck half in and half out the lock that long. Oh and it had started raining. 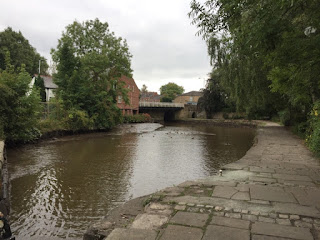 We eventually left lock 16 and required the services, only problem is you need to enter the Macclesfield canal (turn right), we are going (left) down the Peak Forest to Bugsworth. I decided to back down to the services, about 50 yards so we could go forward onto the Peak Forest when we had filled up with water again. We had read somewhere that the water tap at Bugsworth wasn't working. The Elsan also desperately needed emptying and the two bags of rubbish. It was still raining.

We finally got moored up at the first available spot, I refused to go any further. four hour maximum is my preferred travel time, today has been six and it should easily have been done in four.

Buster was up and about at six again for his walk, does nothing tire him out?
Posted by Mark and Corinne at 22:10