Mark has never trusted anyone to do a job he can do himself but this time he's had no choice in the matter and if we are to progress the fitout he needs to let someone else do some of the work. All the templates were made prior to him falling ill, so these were dropped off at Warrington Granite last week.

We received the phone call from them yesterday saying men would be at the boat at 9am today to install. Just over a week from order as promised.

It took just over two hours for two men to fit everthing and its looking very good.

All the oak finishing trims will need to be done to the stove surround at a later date but we can get an idea on how its going to look. Stove has been fixed down to the hearth.

Posted by Mark and Corinne at 14:50 No comments:

To pass the time while we aren’t able to work on the boat, we bought ourselves two box sets of boating DVDs, Narrowboat Afloat and The Water Boatman. The last time we had seen the series was when they were shown on TV.  We’ve also watched Narrowboat and a Crick 2010 show. 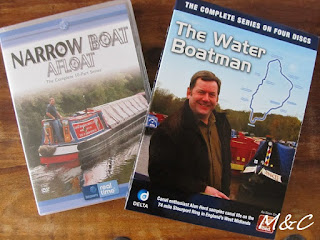 Posted by Mark and Corinne at 18:23 No comments:

Our blog book arrived today and it looks very good, we're so pleased with how it's turned out. We first saw this blog to print idea on friends Doug & James' blog Nb Chance.
Hopefully this will be a regular occurrence and build into a large library of our boating adventures. 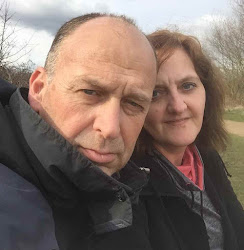