Its Sunday evening and where has the weekend gone, over in a flash.

We are moored at Nantwich tonight, after a weekend at Audlem, the first time we have had internet connection since leaving Swanley on Thursday night.
It was late when we finally got away, and Hurleston was our intended stopping point arriving at the top lock around 20.30 it was quiet only one boat going down ahead of us, exiting the last lock at just after 21.00 we turned right and found a mooring just past the first bridge and in front of Nb Jay 2, apparently someone has read our blog :) .  Jay 2 out on her maiden voyage and she looks magnificent. 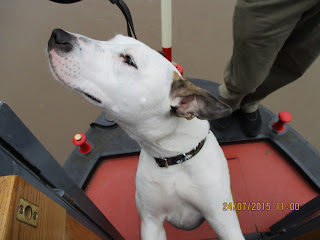 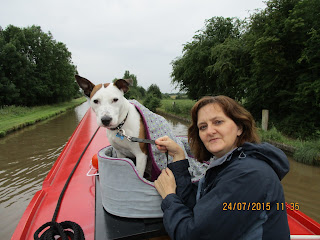 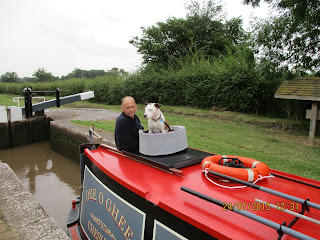 Friday, we set off around 10ish weather wasn't great spitting slightly but was a nice trip up and through Nantwich which was very quiet at that time of day, it started to get a bit chilly as we reached Hack Green locks so fleeces were deployed. As we approached the locks two other boat were waiting their turn ahead of us but things moved pretty quickly. Audlem was busy, passing by a long row of moored boats looking for a place for us but without joy, turning around just in front of lock 15 we headed on back past all the boats again, some areas along this stretch are shallow and a horrid concrete shelf below the water line makes for bad mooring, we finally plumbed for a spot just before Overwater marina that turned out to be a good choice. Lounging about taking BB out on his very regular walks, he seems to think every two hours is the norm, looked around at the boats gathering ahead of the weekend festival and headed back to install a mobile internet aerial to see if it would improve connections, it didn't. 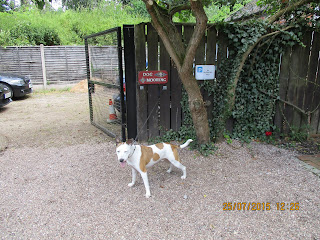 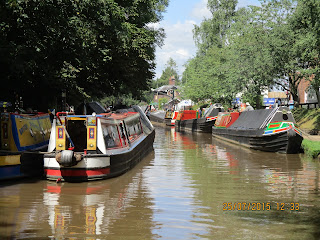 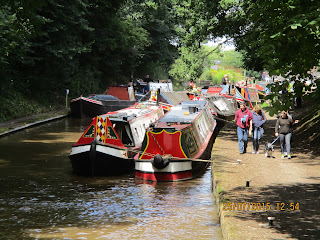 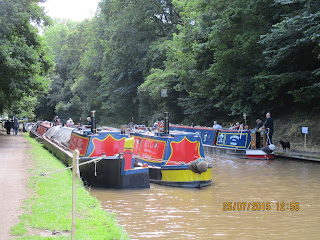 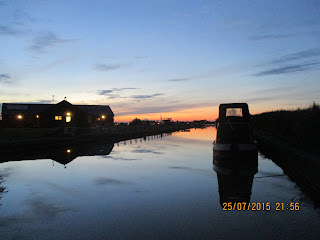 I can't remember much about Saturday but I'm sure there must have been one, I'm guessing we did much the same as when we arrived on Friday.

Today, Sunday and the old cars passed through the village but we couldn't remember what time! We were late, but managed to see them all assemble on the green. The weather was ghastly and we and headed back to the boat soon after they all arrived, I don't think the fly past went ahead because we didn't hear anything. We decided to set off for home late afternoon. 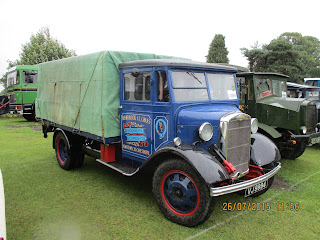 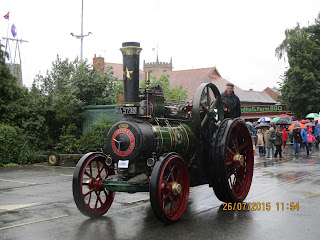 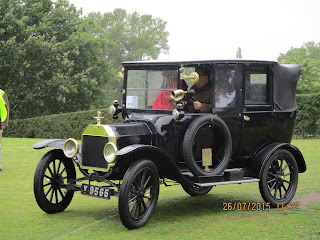 Weather hasn't played ball but its still been a nice break.

Posted by Mark and Corinne at 20:51 No comments: