It's been 15 months at Tattenhall Marina so we felt it was time for a change of scenery, on friday night we arrived late at the marina for our last sleep-over. The plan was to get up early and set off so we would reach our destination before the forecasted high winds and bad weather started later on that day. After the alarm went off at 07:30 we decided to stay snug and warm for a little longer.

By 9:20 we were ready to go, the day was looking promising with signs of some sunshine threatening to show through the clouds.
This was our first trip out on D.O.G this year and Buster's first ever trip on a boat as far as we know, he settled in immediately and loved the changing sights, smells and walkies.

It was a good feeling as we passed through the double locks and staircase knowing that we wouldn't have to do them again whenever we wanted to go anywhere, as usual some of the paddles weren't working, one lock took us thirty minutes to fill.

Buster watching for oncoming passers by, 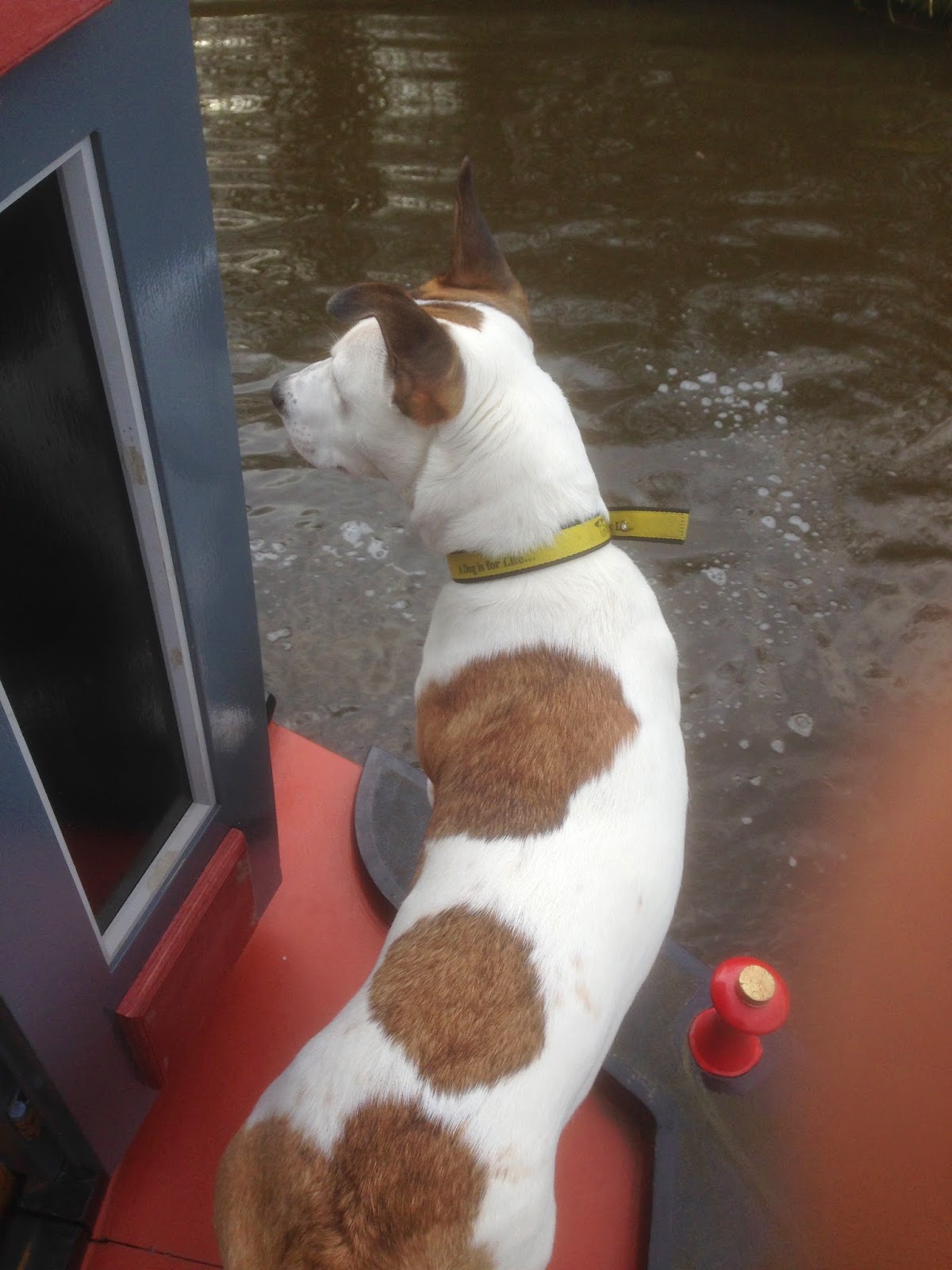 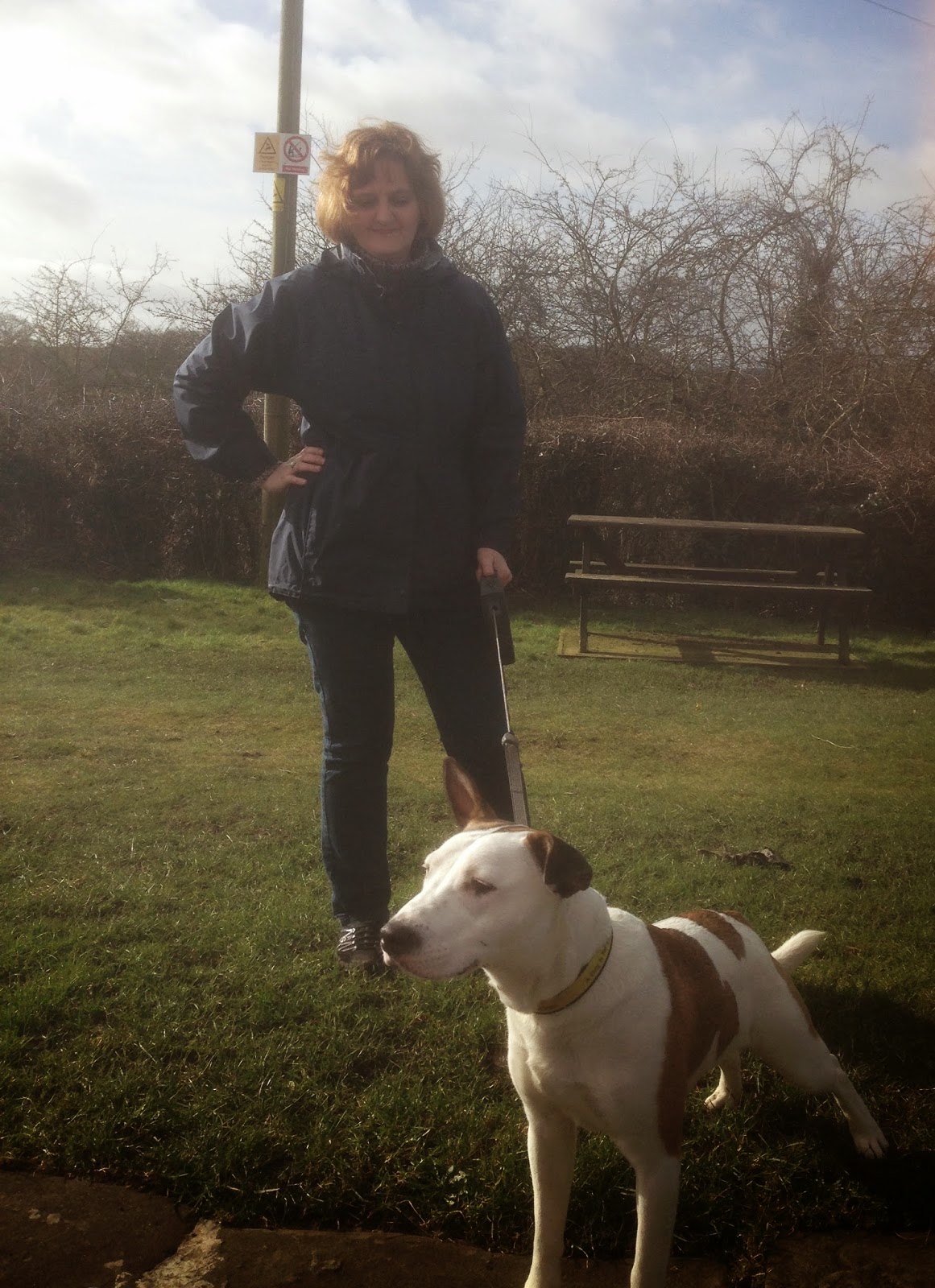 Buster's a very friendly dog and loves to play and meet other doggies, so much so that we have to keep him on the lead at all times as he still needs to learn to come back when we call him.

Mark didn't have Buster on the lead when we went up the locks at Hurleston junction, Buster took his chance for freedom and was off the boat running around the field at the bottom of the reservoir, there was absolutely no chance of catching him, luckily Buster decided to taunt us further by doing some close run by's and came a little bit too close so Mark managed to corner him and got him back under control. Lesson learnt.
The approach into Swanley Bridge Marina.

Corinne and Buster watched as Mark filled up the water. 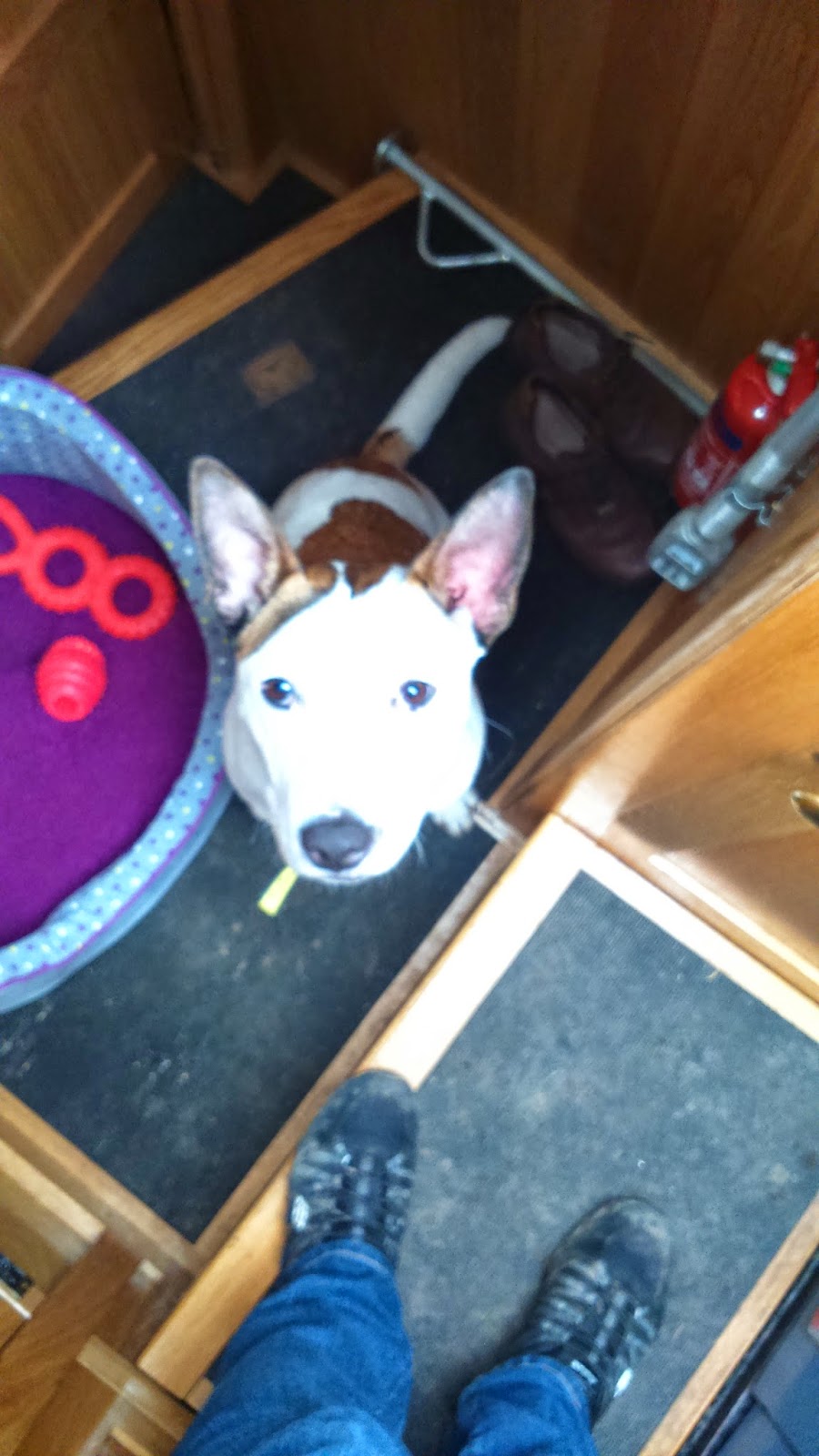 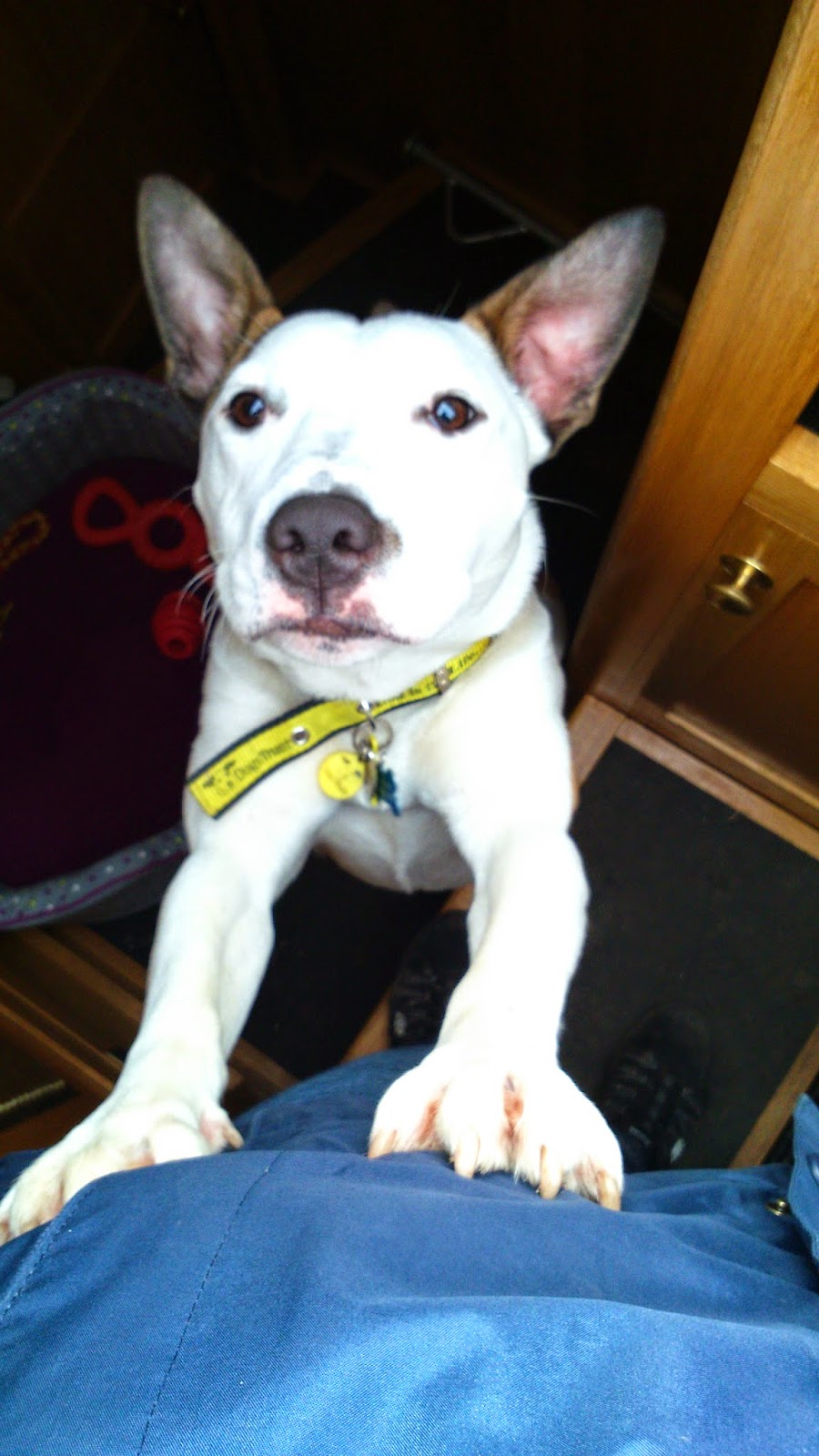 Buster saying I need a cuddle.
Posted by Mark and Corinne at 19:57 No comments: