Wolverhampton, heading south the approach to and including the 21 lock flight didn't seem too bad but once we'd passed the services at Broad Street Basin things went down hill pretty quickly, not the sort of areas I would willingly stop for the night at, the water was covered in a film of something but we couldn't decide what, we just new it wasn't the time fall in, wildlife was also non existent but that was probably understandable. Today had turned out to be the worst day so far. We decided to continue into Birmingham, a long day and not one we had planned, it wasn't even guaranteed that a space would be available so late in the day. 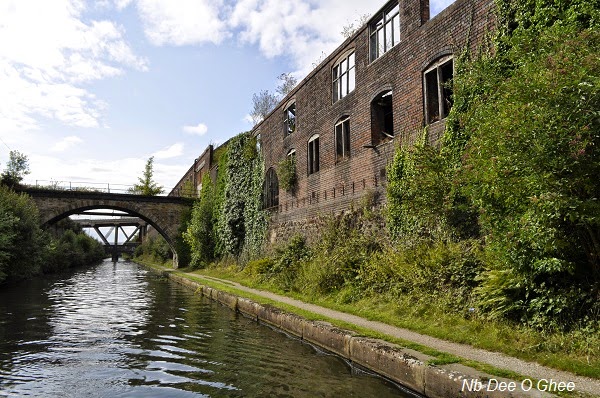 The reverse trip was much better probably because we knew what was ahead of us, still a long day but it was done. The McDonald's next at lock 14? on the Wolverhampton flight made for a nice distraction as Corinne nipped to pick up donuts and coffee while I emptied the next lock.﻿

Email ThisBlogThis!Share to TwitterShare to FacebookShare to Pinterest
Labels: Wolverhampton